FREE SHIPPING IN US/CA OVER $75 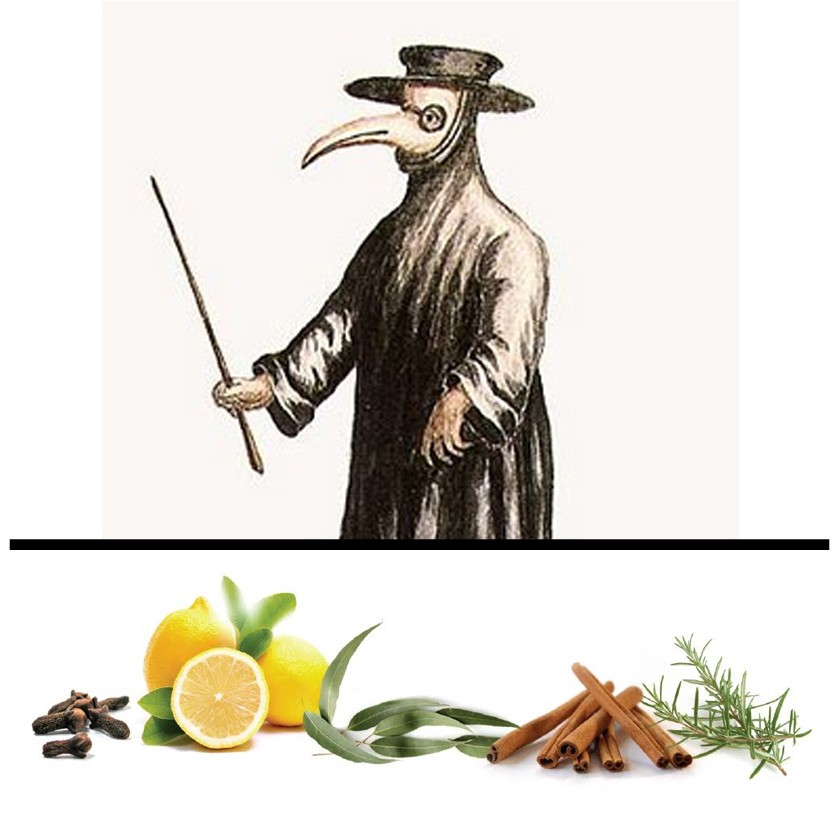 Did these 5 plants prevent 15th century thieves from getting sick when they were stealing during the infamous Bubonic Plague?

That is the legend. The thieves said that they were perfume and spice merchants who lost their livelihoods because of the thorough devastation of the disease. They combined the 5 plants and applied the blend to their hands, ears, feet and temples while they were robbing the sick.

The legend goes on to say French authorities saw that there was so much value in this mixture that when the thieves were caught, they received a lesser punishment in exchange for the ingredients in their secret formula.

We used the SAME 5 PLANTS to craft our own powerful Immunity Essential Oil Blend.

1. Clove - Clove has the power to kill nasty germs and fungus. A study in the Annals of Microbiology concludes clove essential oil has anticariogenic activity against a large number of oral pathogens. Clove neutralizes harmful Staphylococcus bacteria (“staph” infections) as well as E. coli (the same bacteria responsible for food poisoning), as well as Candida albicans. The main natural chemical in clove, eugenol, has been shown to have anti-inflammatory activities stronger than over-the-counter NSAIDs.

2. Lemon - Lemon contains broad-spectrum antiviral activity. That means it protects you against several different kinds of viruses, such as those that cause colds and the flu. Lemon also greatly assists the body’s detoxification processes. An active ingredient in lemon, linalool, has antibacterial properties, especially against a nasty bug called “acinetobacter,” which can cause serious infections and antibiotic resistance.

3. Cinnamon - Cinnamon boosts your respiratory system and protects you against unfriendly bacteria in your body. A compound in cinnamon called “cinnamic aldehyde” is the active ingredient that kills several harmful types of fungi, including Aspergillus niger, aka “black mold.” And in studies using cell lines, cinnamon has been shown to suppress the growth of tumors.

4. Eucalyptus - Eucalyptus has been used for centuries to help people breathe easier. A particular species of it, eucalyptus globulus, has been shown in research studies to help inhibit several types of bacteria that can make you very sick, such as H. influenzae and S. pneumoniae.

5. Rosemary - Rosemary improves your immune system as it reduces muscle pain and the inflammation response. It also breaks up mucus throughout the body. Laboratory studies reveal the antioxidants in rosemary neutralize free radical damage. 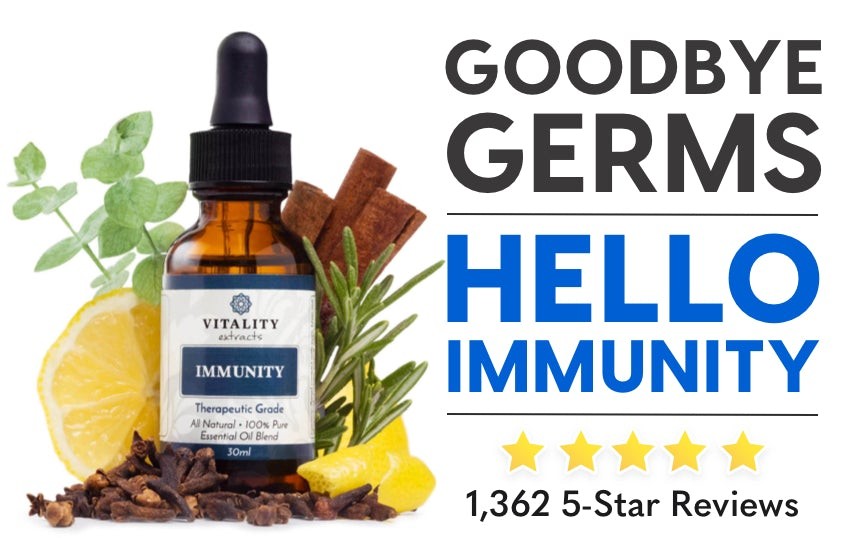 All 5 of these Immune Boosting Plants In 1 Powerful Essential Oil Blend!

Yes, you guessed it. We carefully combined all 5 plants in the perfect ratio to formulate the best natural immune support on the market. And the results are simply amazing.

﻿Imagine an essential oil blend so powerful and effective that you could use it to clean kitchen counters, yet natural enough that you can safely apply it to your skin for topical use. Immunity Essential Oil.

We believe in quality and sustainability. All of our oils are 100% Pure Therapeutic Grade and are harvested in a safe way from sustainable farms and honest farmers.

Immunity has quickly become a top selling oil in our store and sells out frequently. Families prefer the safe natural alternative to other harmful chemical laden options.

"I have a compromised immune system and I ordered a bracelet with this immunity and I have survived not getting a cold that is going around the family." - Cathy

"It is amazing. When I feel a cold, flu or tired and run down I put a drop on each foot and my chest. Next morning I wake up feeling much better." - Linda

"Love the smell and now that I have used Immunity for a couple of months I believe it helps keeps the germs at bay! Mix it with energy blend on bracelets - more effective than perfume 😀" - CW

"Been using immunity regularly and it protects us from colds. Have suggested to our senior citizen friends." - Janet 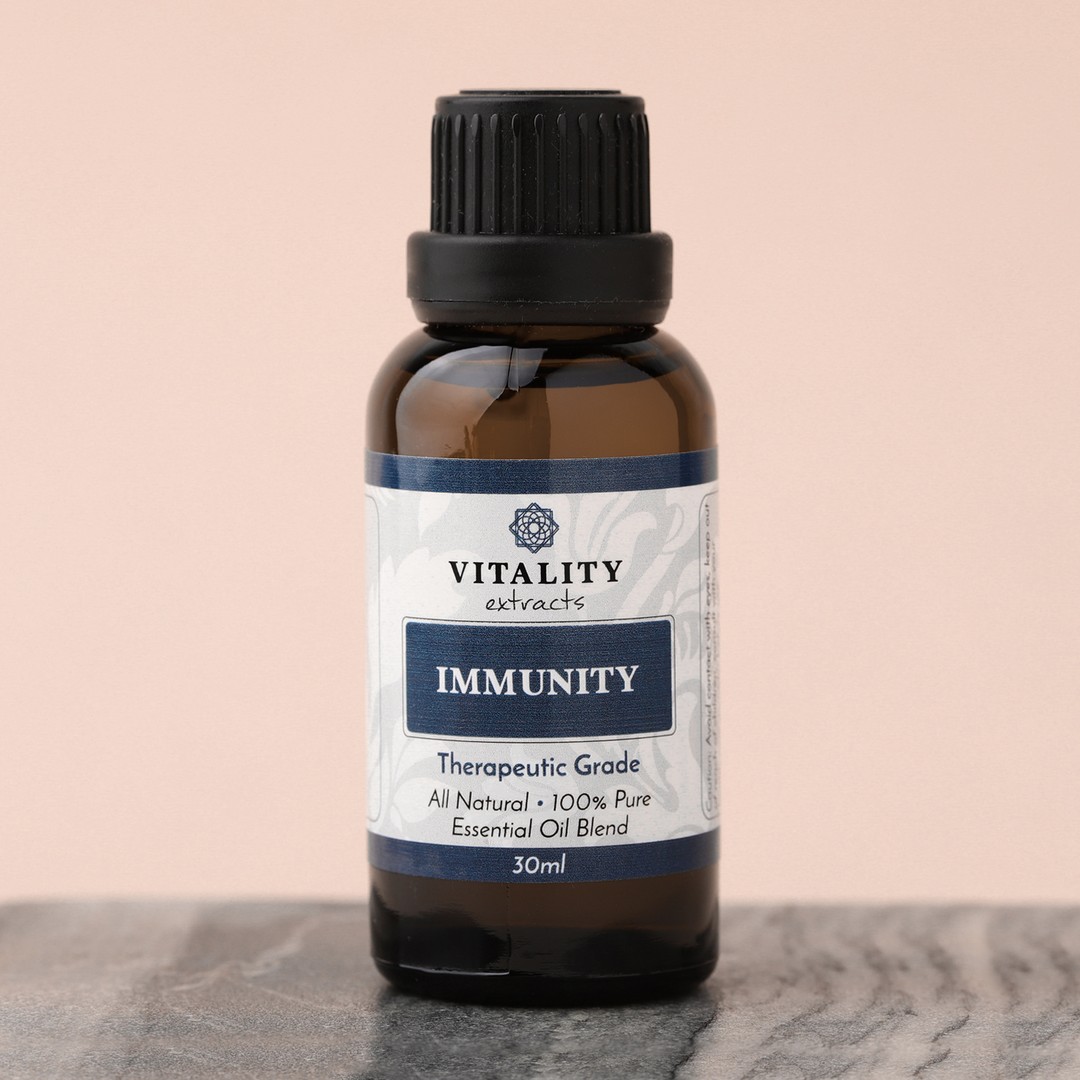 Immunity essential oil blend is a powerful way to help support the proper function of your immune and respiratory systems. In addition, it can help purify the air and disinfect surfaces to provide a cleaner environment for you and your family.

- Safe & effective for all ages

What people are saying about Immunity...

“Everyone was getting bad colds in my family and at work. I ordered this Immunity and put it on one of my bracelets and have worn the bracelet every day since. I love the smell and have gotten compliments of the smell. So far so good with staying healthy!” — Judy

Try our line of 100% pure essential oils and handmade diffuser jewelry by Vitality! You'll love it.

Your question was posted successfuly. Please check your email for confirmation.

Have a question about ? Be the first to ask.